For 2012, the EPA has proposed an accelerated R-22 phase out schedule. United Air Temp has decided to give our Full Service Agreement holders and Warranty customers a preemptive solution to what promises to be a very difficult summer marked with long wait times for Refrigerant R-22. Effective immediately, all Full Service Agreement and Warranty customers will be issued a $500 credit towards the purchase of chlorine free R410A heat pump or air-conditioning system.

Several other rebates and incentives are available to all customers.

For your $500 credit information or other incentives and rebates fill out the Get A Free Estimate form at the right side of the page.

See more information below regarding the 2012 R-22 possible shortages and some thoughts from major R-22 suppliers:

At the beginning of this year, EPA released a 75 page proposal called Protection of the Stratospheric Ozone: Adjustments to the Allowance System for Controlling HCFC (R-22 in our industry) Production, Import and Export. This proposal advocated accelerating the phase out this year by allowing an allocation of 55 – 80 million pounds of refrigerant. This could translate into a 45% reduction compared to 2011. Industry insiders have speculated 2 reasons for the advanced phase out:

How has the industry responded?

Leader in Home Comfort Since 1931Get Your Free Estimate

The tech was at my home less than 10 minutes and gone within 20 minutes due to having my A/C up and running. I really appreciate his response to my home and working with my son due to me being out of town, but we spoke on the phone.

The technician arrived promptly, wore a mask, was very courteous and professional. I am generally very satisfied with service by United Air Temp. In addition to good service (they repair well), it is easy to speak to a person, and promptly. Thank you.

Great service! I called because I was under the impression the AC was not working upstairs. Someone came on the same day, checked out the system, and ensured everything was working. He was polite, thorough, and friendly.

Tech was very attentive and professional. He went out his way to explain everything to me as he was doing it. I appreciated him keeping me informed.

The service technician was awesome! He spent the extra time necessary to ensure the leak in our system was fixed, the system fully recharged and everything was functioning as it should. He was extremely thorough and very professional. We are extremely pleased with the result! 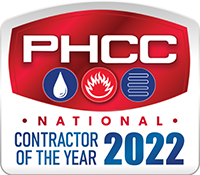